The amazing Rearsby Lodge Riding Club Quadrille Team is now in its 5th year of development. Expertly coached by our Riding Master, the retired cavalry officer, David Boyd we will be riding in two fabulous venues during this Spring and Summer; indoor at Pickering Grange and outside at Aylesford Equine.

You may know that in 2019 we won the Quadrille Competition at Equifest with a sizzling score of over 90% from one judge! We hope to send at least one team this year (21 - 22 August at Peterborough) that will ride in costumes and to music. Can we beat our own now 2 year old score?

If you are interested in riding with us, you must be able to ride in all three gaits confidently and independently. Please call Jane Wood on 07976 359586 for more information and to book a place. We look forward to hearing from you; the team always gives new riders a warm welcome!

Please click the button below to be taken to our Calendar page for an up-to-date list of our Quadrille training dates.

Quadrille means a ‘drill in a quad’, i.e. a sequence of commanded movements within a confined space with four corners.

We now have a ‘core’ of around 10 members, who are at most sessions - plus roughly another 6, who ride as often as possible. We ride twice a month in the summer at Aylesford X-country course and less frequently in the winter at Pickering Grange.

Quadrille riding is a dying art, but in bygone years war battles were fought on horse back, and it was crucial to your very survival that you could ride precisely and in complete unison with others.  Ceremonial duties were part of the role of cavalry men as well, and military music would often accompany a display.  There were ‘quadrille conventions’ that were ‘handed down’ from one generation to the next.  We have written them down and adhere to them when we ride.

The team won a pure quadrille competition at Equifest in 2019 with a huge score and we want to repeat that as soon as possible. We give displays when asked.

We love what we do and have great fun with much comradery and many friendships.

Our team’s motto is:  ENJOY AND ENCOURAGE and anyone new gets a warm and supportive welcome.

The practice dates for 2021 are in the calendar section of this website, and you are welcome to try it out. To book a place or to get further information, please do contact the Team Manager, Anette Whitehouse on 07901 976905.

A Friendly Inter-Club Quadrille Competition on a wet and windy Saturday in October...

We came...We saw and We conquered!

The team did an absolutely fantastic job at Equifest in a very exciting  atmosphere and took  the winning trophy with a huge score! 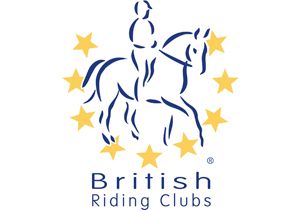